There are so many good reasons as to why you should start canning your own food. Because canning preserves food. Think of all the ways you save money from the process. Buying food in bulk is so much cheaper and a great way to save those pennies.

The problem is using all that food before it spoils. Canning preserves food for the future, which means it will last far longer than if left in the fridge now.

It may not even be about the money side of things. Some amazing foods only grow during certain times of the year. What if you crave a cherry pie today, knowing cherry season is still half a year away? Or find several morel mushrooms, knowing they only grow once a year? 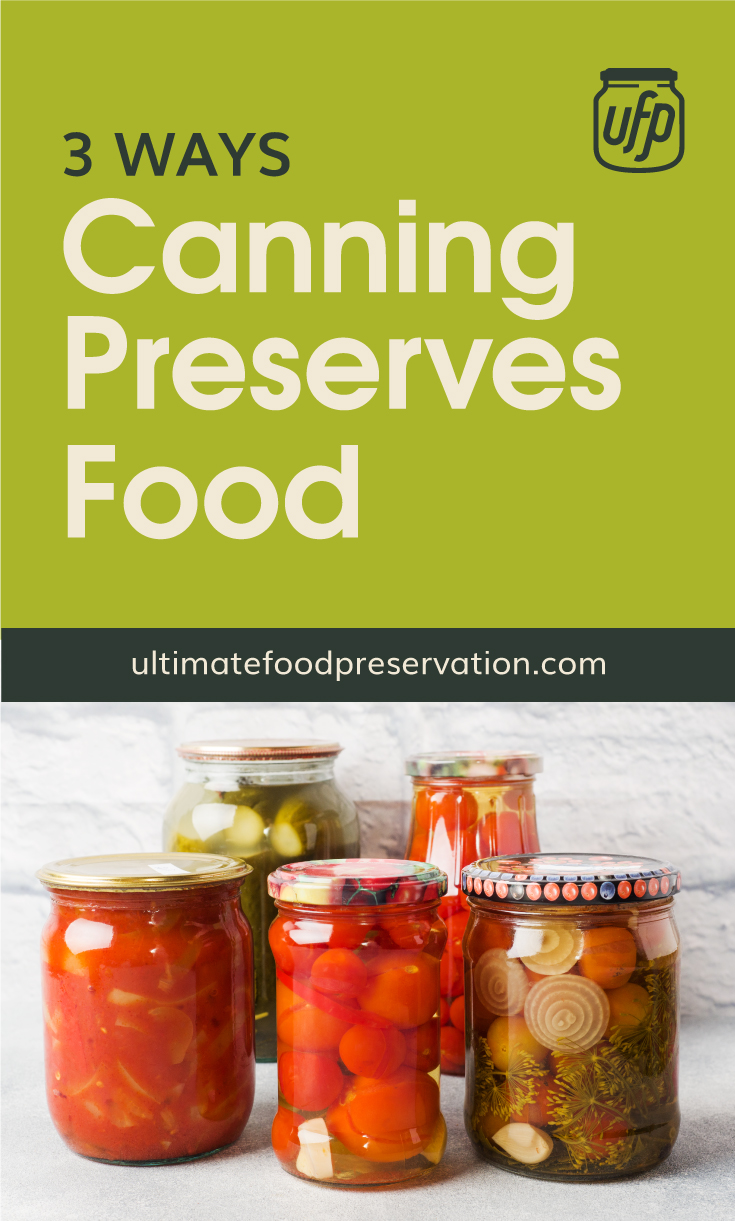 That’s where canning is a wonderful method for preserving food for far longer.

What is Canning Food Preservation

Canning food preservation is one of the many ways of making food safe enough to store away for an extended period of time. If treated with heat sufficiently enough to kill the bacteria living inside the food, there’s no reason for the food not to be in perfect condition at the other end of its storage.

I prefer to think of it as a bit of a cheat’s way to get to have food that’s not always available all year round. Personally, I happen to love eating summer fruits more than winter fruits.

Canning to preserve food isn’t a new method. It has been around for a couple of hundred years, Napoleon Bonaparte being the man who initially set the challenge for someone to find a way to feed his travelling army with food that didn’t spoil.

But rather than ask the question of what it is, it might be of interest to understand how canning preserves food.

To understand how canning preserves food, it might be important to understand what causes food to spoil in the first place. Whether fruits, vegetables or meat products, every type of food has a life expectancy.

Fruits and vegetables contain substantial amounts of water which slowly evaporates over time. As they lose water content, the cell walls collapse, slowly causing the plant to shrivel and die.

Meat, as well as fruit and vegetables also contain bacteria that live in the moisture of the food. If the environment is suitable enough, the bacteria grow in numbers, quickly multiplying to levels harmful to humans if ingested. Canning food kills the bacteria before they multiply to dangerous levels.

3 Ways to Preserving Food by Canning

Canning raises the temperature of the food to high enough levels to ensure it kills the bacteria within it. Certain foods need boiling or steaming for minimum amounts of time, to ensure there is ample time to destroy the spores.

Certain types of foods will also need certain types of canning, not all the methods suitable. There’s an article here about the correct processing times that highlight the different foods. Heat is one of the most important factors when it comes to canning food for preservation.

An abundance of material too small for the naked eye fill the air around us. There’s everything from mold spores, bacteria, dead skin flakes, animal feces and dead insect corpses. Whilst we breathe this air in regularly, our lungs have the necessary defenses to deal with them. But what happens when these enter our food?

If the conditions are ideal, a lot of this bacteria will reproduce, quickly multiplying in numbers to dangerous levels that would quickly overburden our immune system if ingested.

Sealing the oxygen within the jars themselves isn’t enough. While the heat kills the bacteria already living inside the food, more would enter an unsealed jar.

Heating the jars in their respective canners forces air out of them. The longer they cook, the more air it expels and the more chance the bacteria are all destroyed. Once the canning process finishes, the air cools in the jars which creates a vacuum inside.

The third way canning preserves food isn’t so much a direct method as it is an indirect method. Whilst the canning process heats the food to ensure any bacteria are killed and the process also effectively removes air, there is a third way to keep your foods safe for longer.

Storing the finished jars in a dark place such as a pantry, food cupboard, or even a cellar will ensure its exposure to light is minimal, particularly sunlight. Sunlight contains UV rays that not only warm your food, but could also reactivate any bacteria not killed during the canning process.

Always store the finished jars in a cool, dry location. 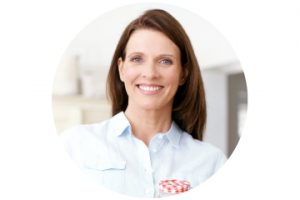 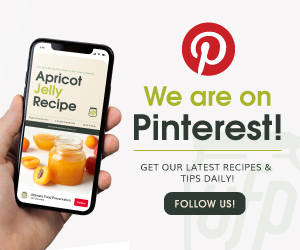 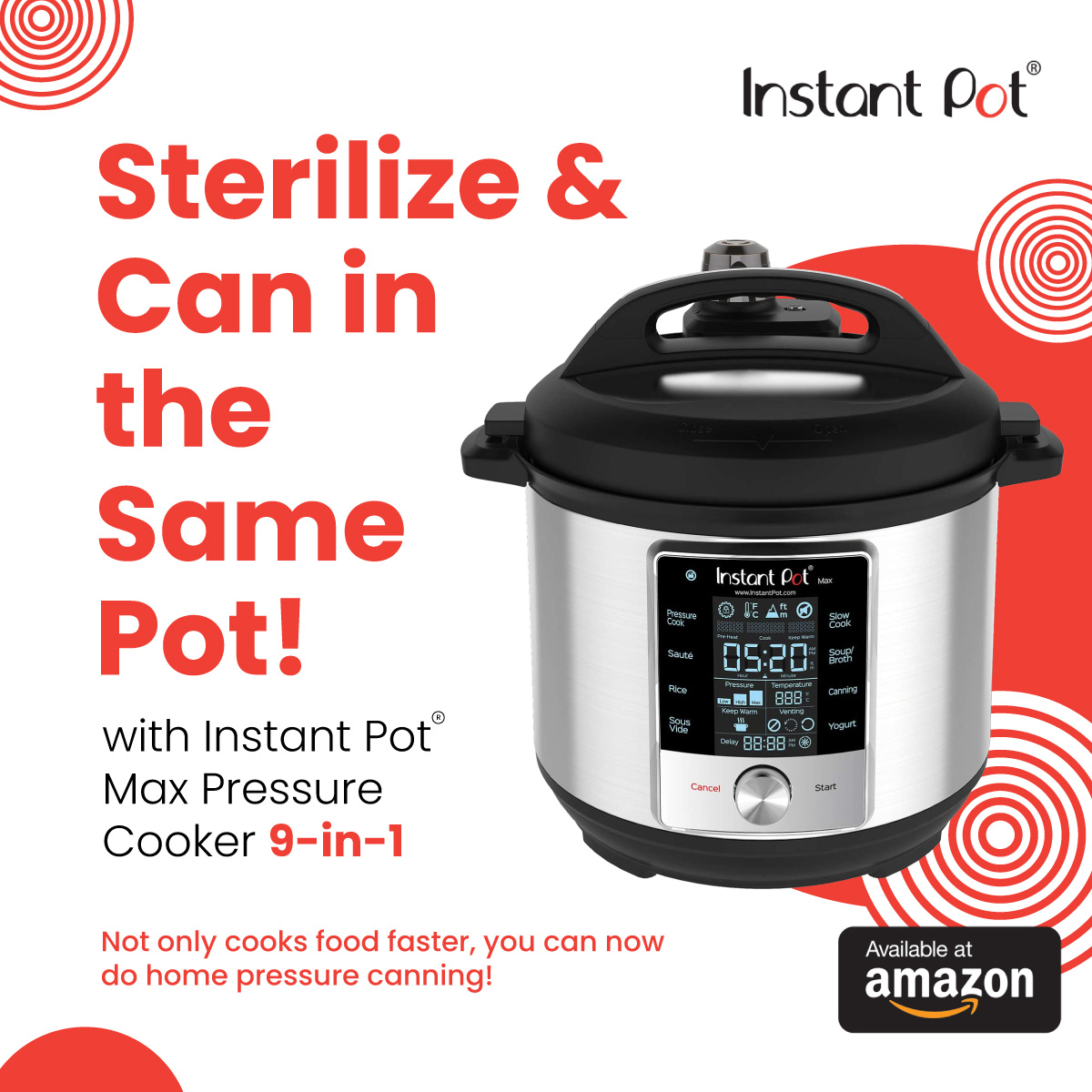 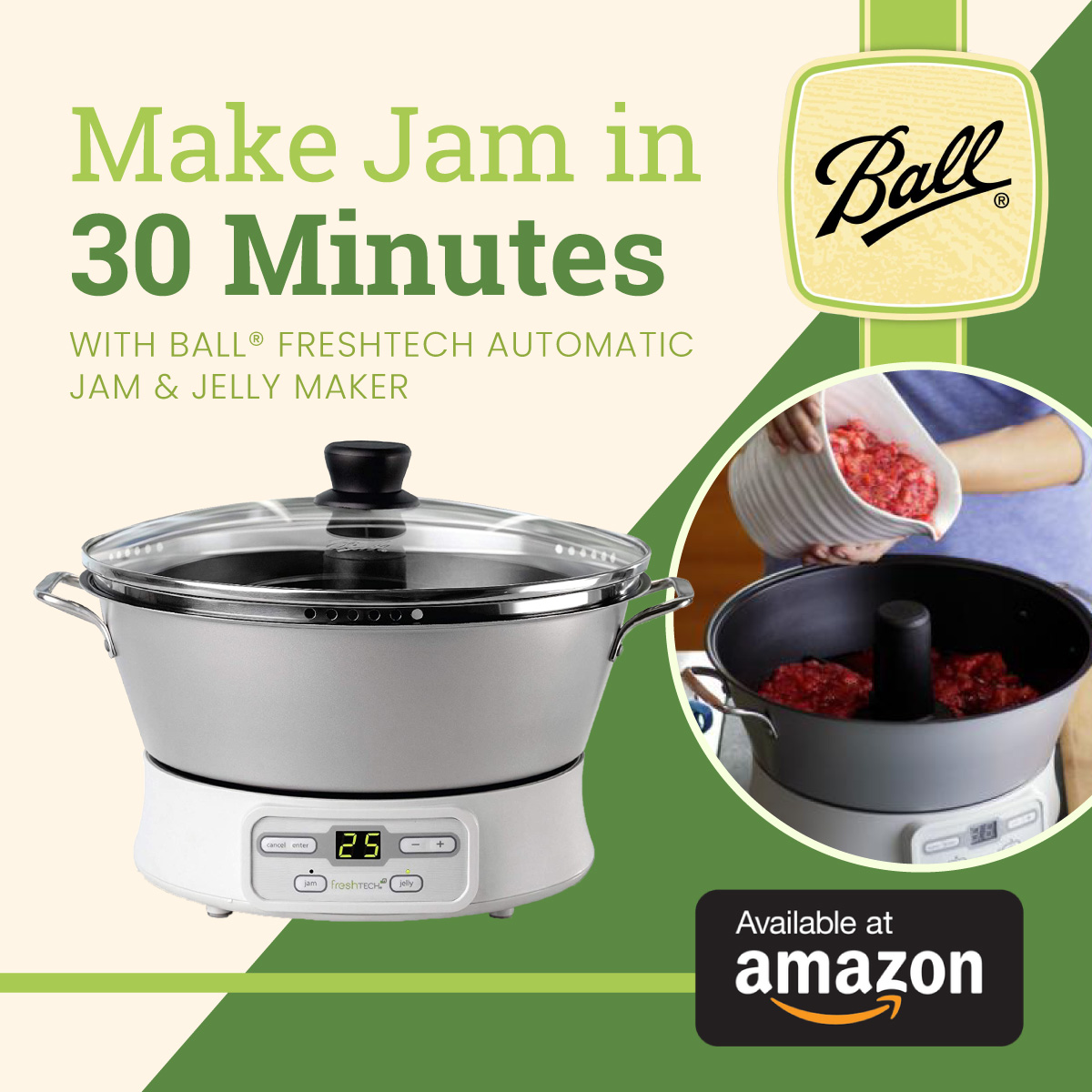